Our Mongolia Research Trips – Take A Walk On The Wild Side!

Have you heard of the Ice Bucket Challenge? In short, it’s an activity whereby someone dumps a bucket of ice water on someone’s head to raise funds for charity.  It was started by ALS Association to raise awareness for ALS (amyotrophic lateral sclerosis) a progressive neurodegenerative disease.

It started this year in time for Naadam  (Mongolia’s major sporting event – Eriin Gurvan Naadam – The Three Manly Games). Started on Facebook it was a nationwide challenge.

The rules were simple. Three people were called on by a challenger and they had to collect three bags of waste in any location of Mongolia within three days. They should then call on the next three people to continue the challenge. If they could not fill three bags and post about it within three days, they were encouraged to give the rubbish collectors employed by the Public Service Authority a domestically produced product that costs no less than 20,000 MNT (US$10). 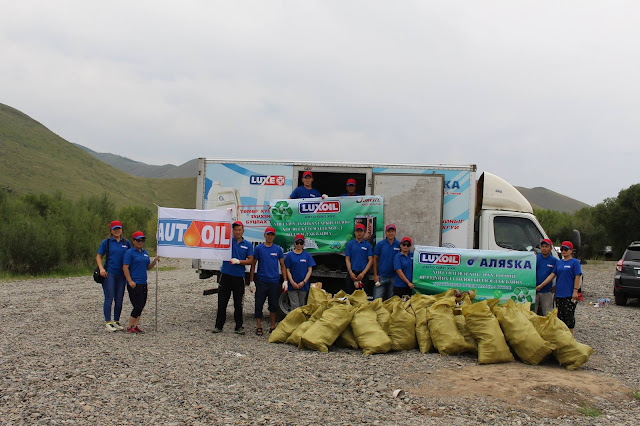 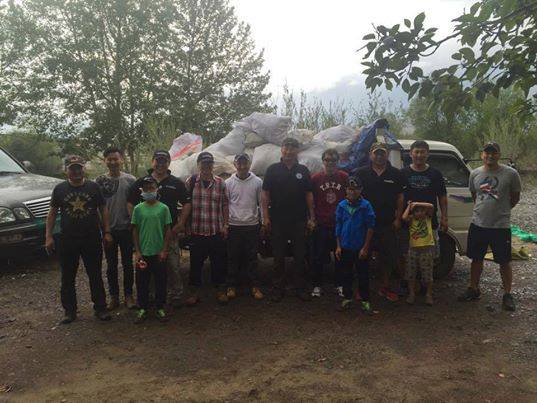 One participant – six-year old Tengis called on the advisor to the President of Mongolia O.Chuluunbileg, Press and Public Relations advisor to Chairman of the Mongolian People’s Party J.Jargalsaikhan, and CEO of MNG Event Mng Daka to take part. They accepted the boy’s challenge and posted photos of their efforts in cleaning up litter on their Facebook pages.  The challenge was also taken up by Mongolian companies such as Luxoil, Khan Bank and even the Mongolian Landcruiser Club.

Those of you who have been to Mongolia will be aware of the litter issue here.  Mongolia is always advertised as being untouched and pristine (mainly by tour companies) but discarded rubbish is a major issue for the local rural communities as many of them lack the funds and resources to collect the rubbish. Over the years there has been a noticeable increase in the amount of rubbish that is discarded without thought by others. A majority of our clients commented on it so Turuu and  decided to do something about it. 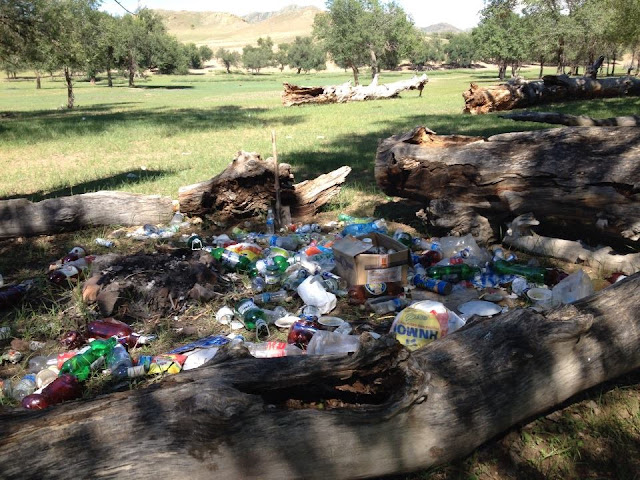 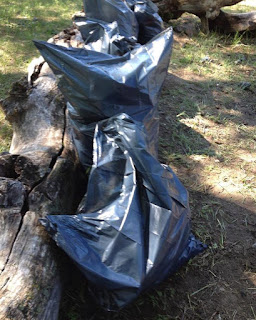 In 2014,  Turuu and I arranged and facilitated a trial clean-up at Terkhiin Tsagaan Nuur National Park. What we didn’t want was it to be a western company cleaning up on behalf of Mongolians. We wanted it to be a long-term educational project. If you’re interested, you can read more about it here. We picked Terkhiin Tsagaan Nuur due to the strength of our contacts there. We wanted a community involvement and Jargaa and Batbold (our hosts at White Lake) are at the centre of their local community. 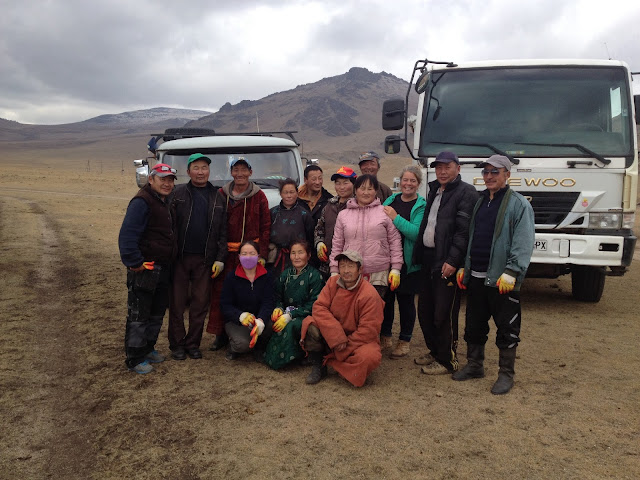 And on the writing of this blog post in 2015, we were returning to Terkhiin Tsagaan Nuur armed with industrial-strength gloves and sacks. We’ll be purchasing a large weight in potatoes, mutton and noodles to feed everyone who joins. We have also created a sign for the side of the rubbish truck – not to advertise what we are doing, but to remind Mongolians to learn to protect their natural environment. 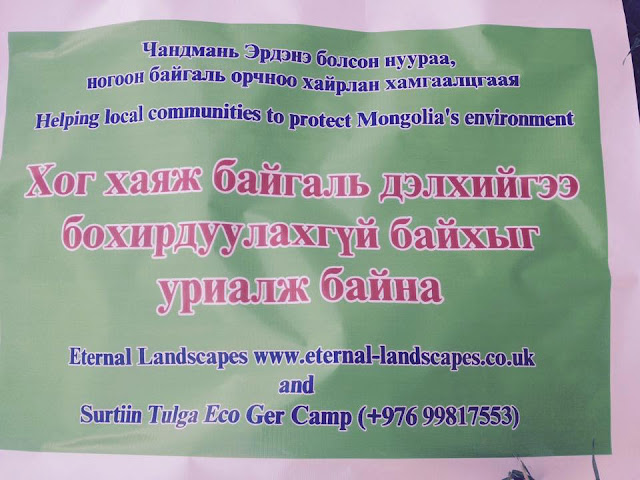