Located in Ovorkhangai Aimag in central Mongolia, Kharkhorin, on first glance, may not inspire. However, often towns in rural Mongolia look bleak and unproductive but communities, both stationary and nomadic, have existed here for centuries.  Kharkhorin is a prime example – once the capital of the Mongol Empire and during the Soviet Era, a State Farm of the Order of the Golden Star. It is also part of Mongolia’s Orkhon Valley Cultural Landscapes UNESCO World Heritage Site.

The best place to start is the excellent Kharkhorin Museum. Although small, it provides a good presentation with clear and updated exhibits. These include the history of the Orkhon River Valley as well as archaeological research and discovered artefacts. The museum includes a scale model of Kharkhorin as the capital of the Mongol Empire (Karakorum). Even if history doesn’t really ‘grab’ you, I recommend a visit as it helps to bring the history of the area alive.

The construction of Karakorum was completed in 1235. t It was a fixed centre of power and administration.  Earthen or mud walls with four gates surrounded the city. City quarters were created and housed administration buildings and residences for court civil servants, merchants, and traders. Other structures included treasuries and storage facilities (used for the collection of tribute from across the empire), markets and meeting areas.  There were also large areas of tented encampments. Karakorum was probably the most openly religious and tolerant city in the world at that time with houses of worship for various faiths including Buddhists, Taoists, Muslims, and Christians.

Karakorum was destroyed after the breakup of the Yuan Dynasty in 1368 and by the subsequent armies of the Manchurian (Qing) Dynasty. 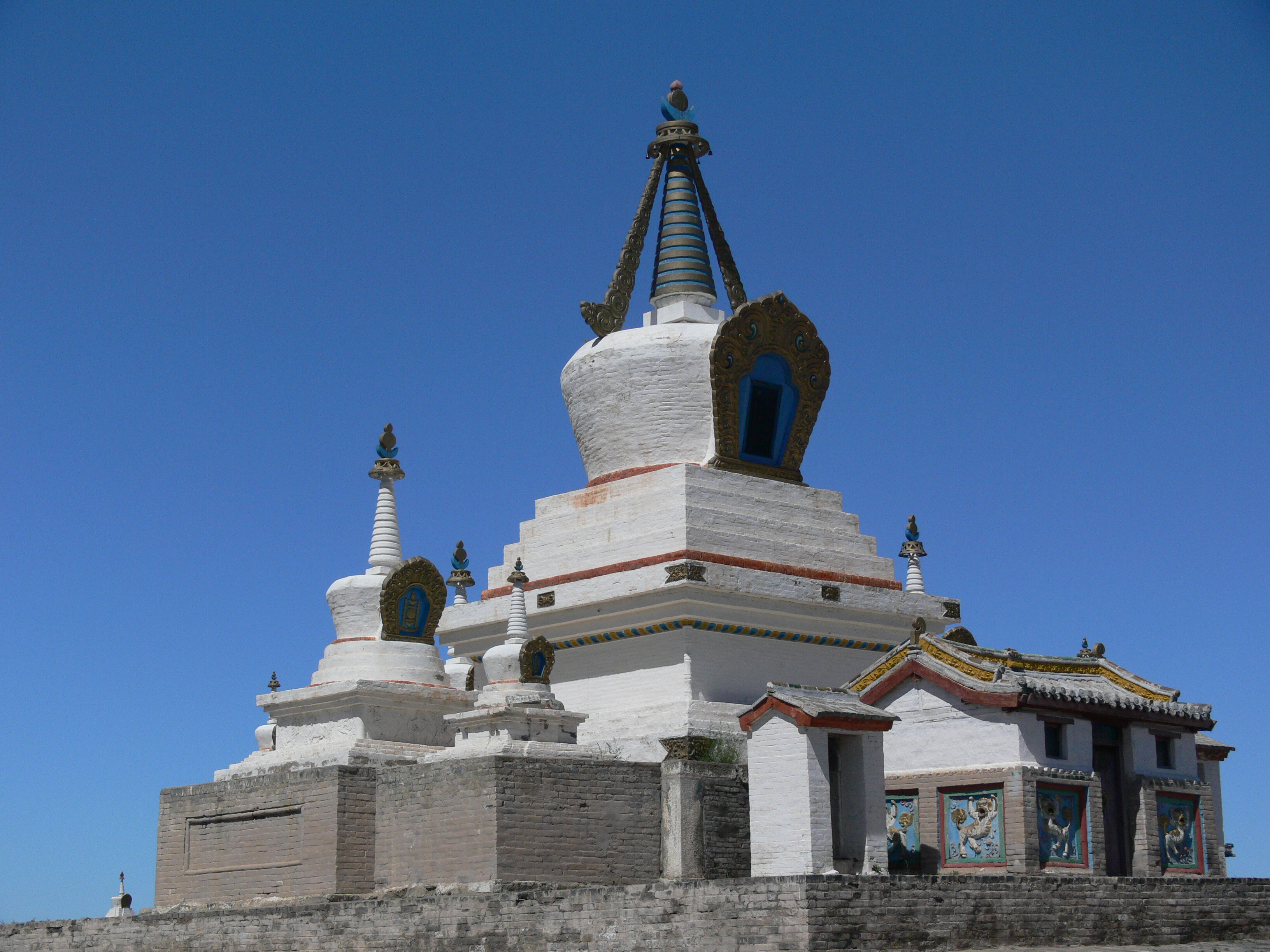 It is popularly mentioned by all the guides at the Erdene Zuu monastery that the remains of the city were used to build Erdene Zuu in the sixteenth century (the first temple of Erdene Zuu Khiid (One Hundred Treasures) was constructed in 1586). As you enter into the monastery, on the left-hand side you will see artefacts left over from the ancient capital.

Notice that the massive wall (400m x 400m) surrounding the monastery is topped by stupas. There are 108 of these circling the monastery.  One hundred and eight is a symbolic number in Buddhism, it has many different meanings but it is said the number represents the 108 qualities needed to achieve an enlightened mind.

In the 18th century, Erdene Zuu had around 62 temples. Most were destroyed during the 1930’s purges. The main working temple is the Lavrin Sum – the Tibetan-style building. In the centre of the monastery is a ger – replacing  the main assembly hall building, the Tsogchin Dugan that was destroyed during the political purges. This small ger is where Mongolian people come to receive puja – a Buddhist blessing. 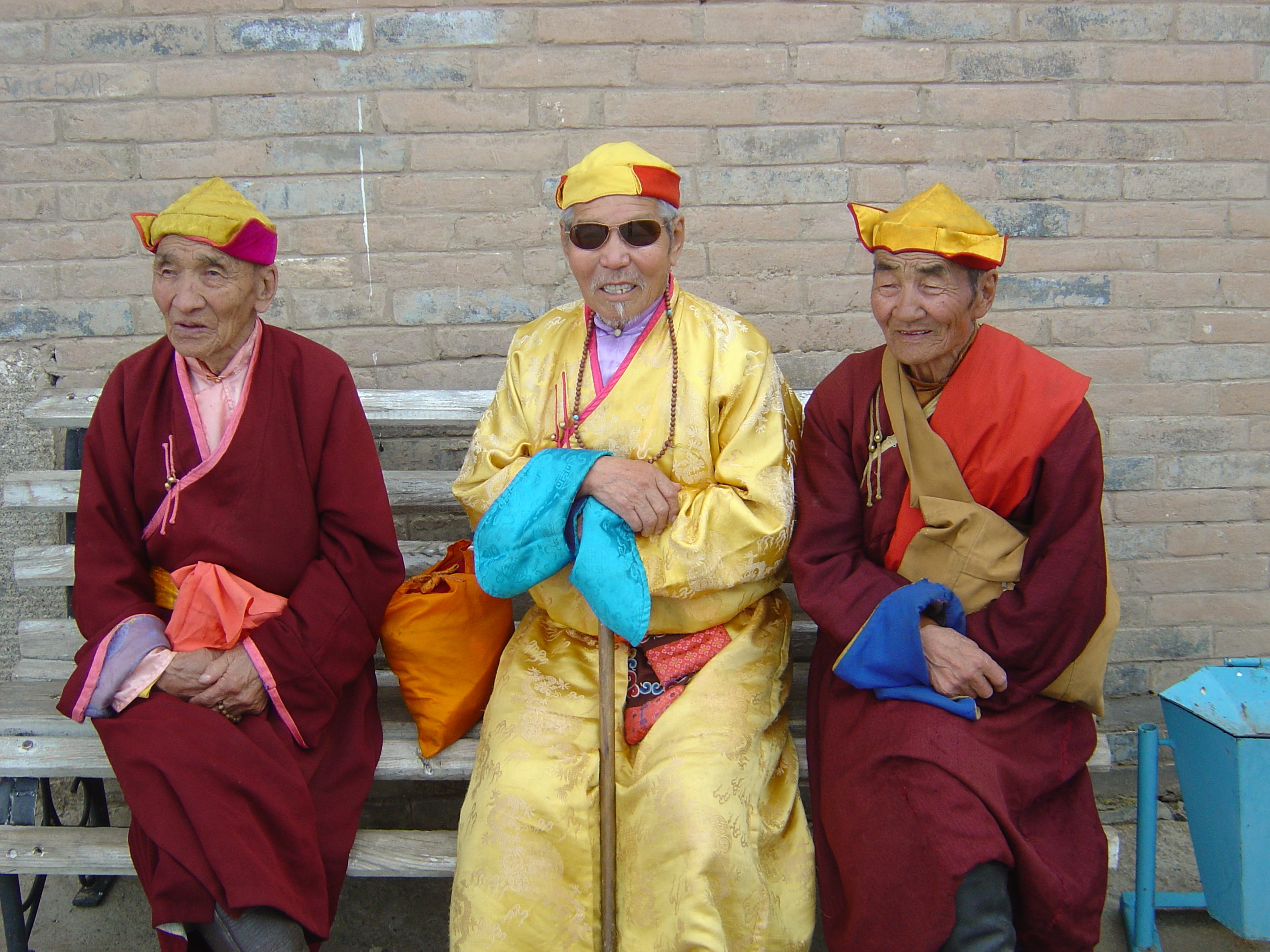 Also known as the King’s Monument, this offers the ultimate sunset viewing platform over both Kharkhorin and the Orkhon River. The three sides have maps depicting the three main empires (the Hunnu, Turkic and Mongol) that were established on the banks of the Orkhon River.

And for something that little bit different, visit the phallic rock. As is to be expected by its name, it is a large (60cm!) statue of a penis pointing towards a small valley curiously named ‘vaginal slope.’ Said to have dual functions (a reminder to the monks to remain celibate, and also a symbol of fertility and human life) it might not be a highlight but it certainly is well photographed!

I also love the more human aspect to Kharkhorin – it’s location means that both herders and small-town residents use the town services including the vibrant local market. Although small, this daily market offers a real slice of everyday life – including the great pool tables frequently used by the younger generation.

As well as longer trips, Kharkhorin makes for a perfect shorter exploration from Ulaanbaatar. For more ideas, look at the Mongolia Inspirations page on our Eternal Landscapes Mongolia website. 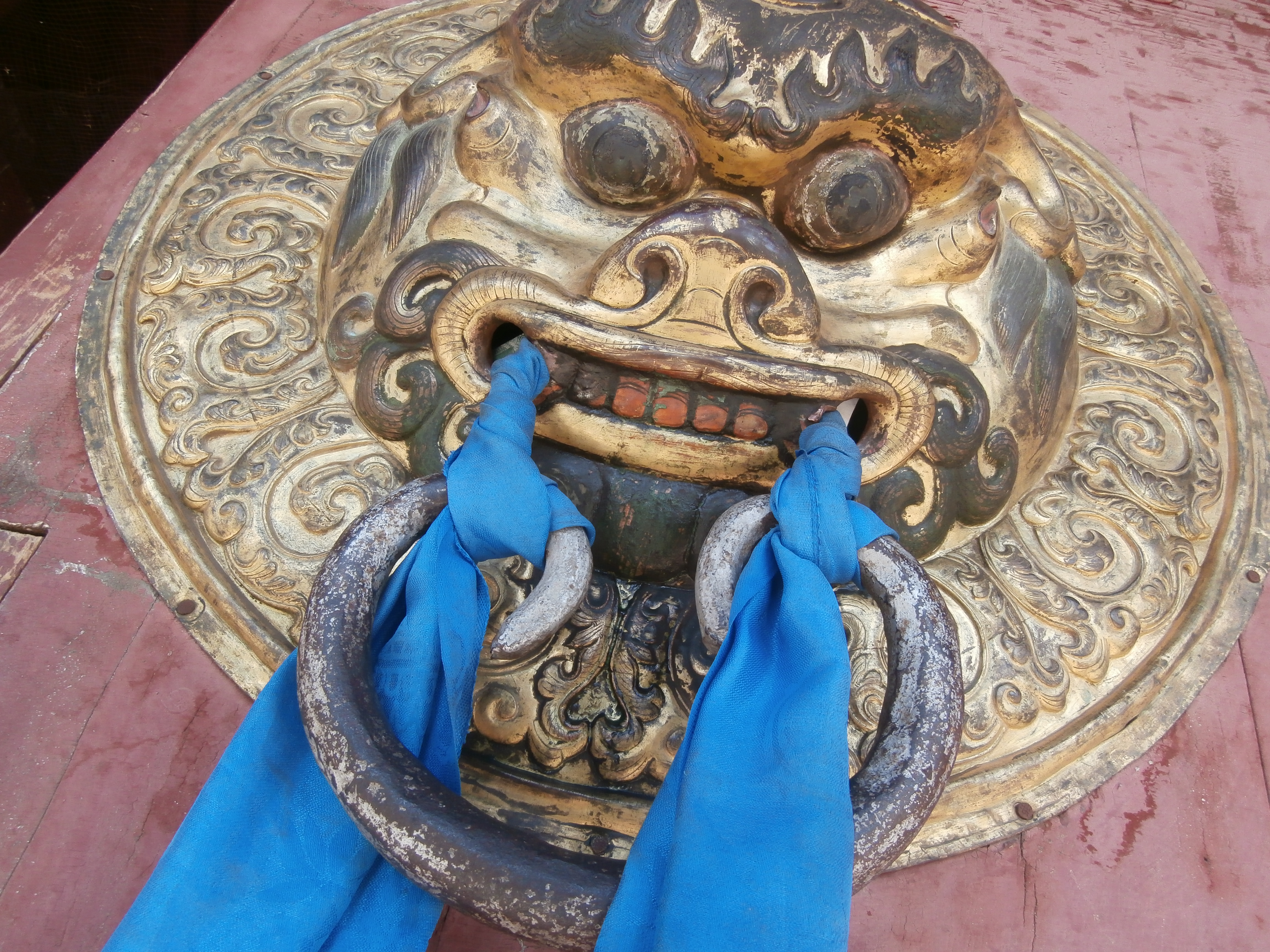 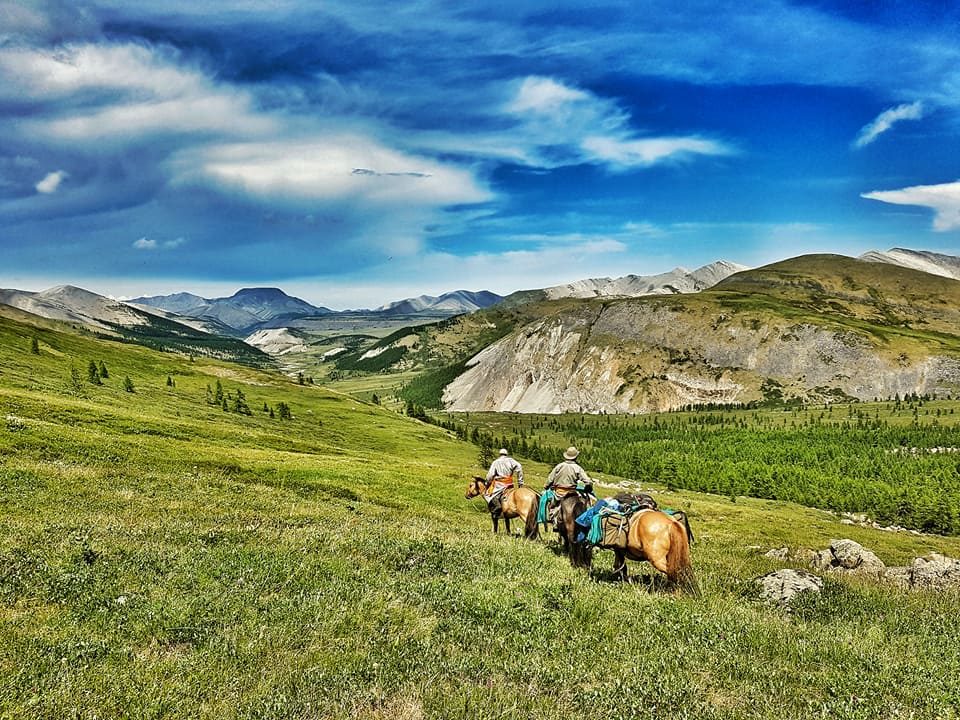 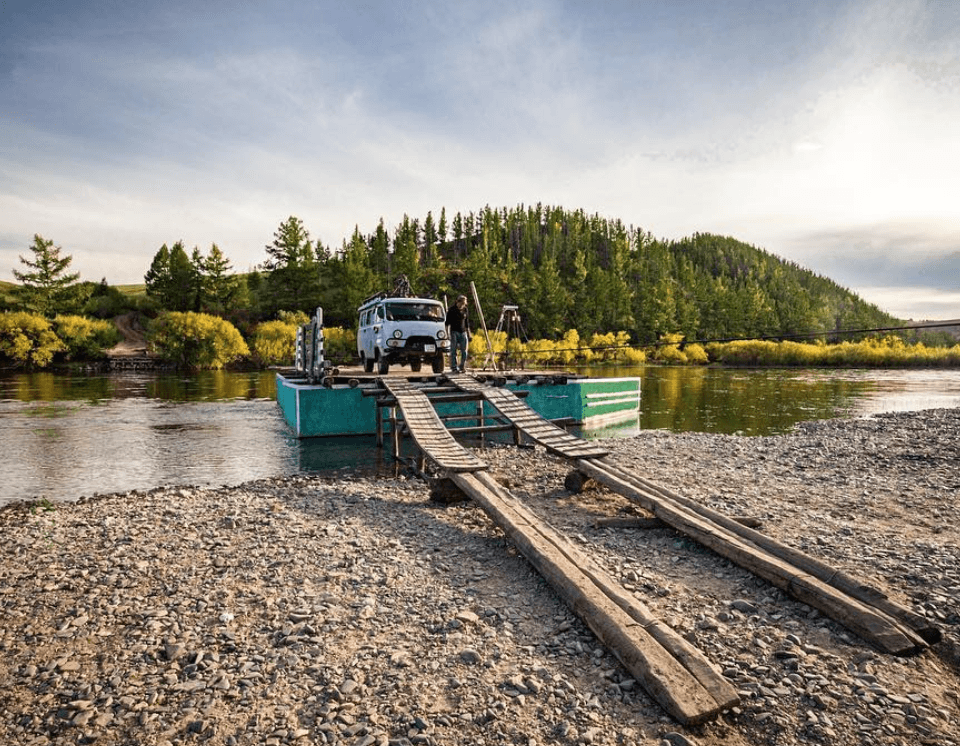