Focus On Mongolia – May News

For a period of time, I was sharing a monthly round-up of news from Mongolia – choosing items that (in my mind) provided an overview as to the issues affecting the country as well as articles that provide an insight into the Mongolian culture.

I particularly like the broad spectrum of articles that were in the news in May (2015).

Taking place in central Sukhbaatar Square in Ulaanbaatar, the winners of the “Splendour of Mongolian Soldiers” competition were named. The competition is in its third year and is held among military units in Mongolia taking place across two months in two different stages and designed to showcase the discipline skills (including marching) of the military units.

(Border Protection Unit No.0252, headed by Colonel J.Damdinbazar, won first place and the Colonel was granted an apartment and the unit soldiers were awarded with training equipment. I think the colonel potentially won the better prize!) 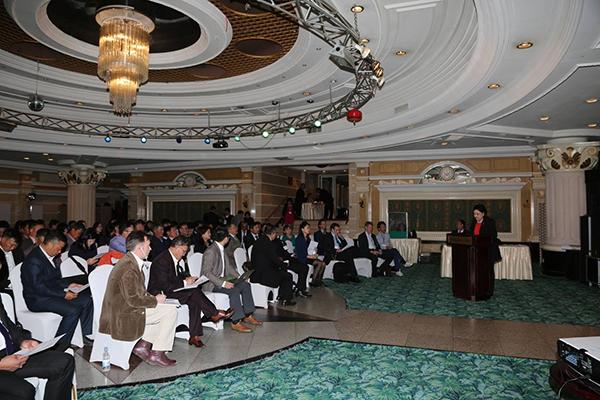 Launched in May and set to continue through to 2018, this project (established by United Nations Mongolia) is expected to enforce sustainable forest management, form a working legal environment for those that work in forest management in Mongolia, and protect biodiversity.

The project is funded by the Global Environment Fund (GEF), and the UN’s Food and Agriculture Organisation (UNFAO) is coordinating the project.

The commission will work with 84 forest co-operatives in Khovsgol, Khentii, Selenge, Bulgan and Darkhan-Uul Aimags. Members of domestic organisations already working on Mongolia’s forest protection and conservation will be enrolled in further training aimed towards improved competency of their already existing skills. 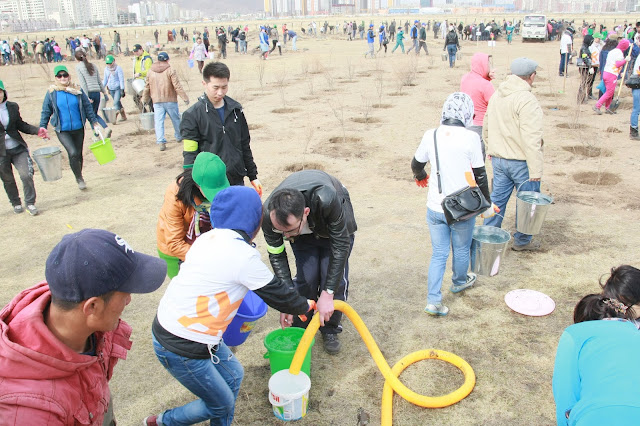 The President of Mongolia first issued the ordinance to observe Arbour Day in 2010, with two celebrations a year on the second Saturday of May and October.  At the event held in May,  Ulaanbaatar residents from various backgrounds planted thousands of trees around the city. What I particularly liked from the article was that it mentioned that each sapling planted had an individual code that has been registered in a database so that residents can keep track on their tree. 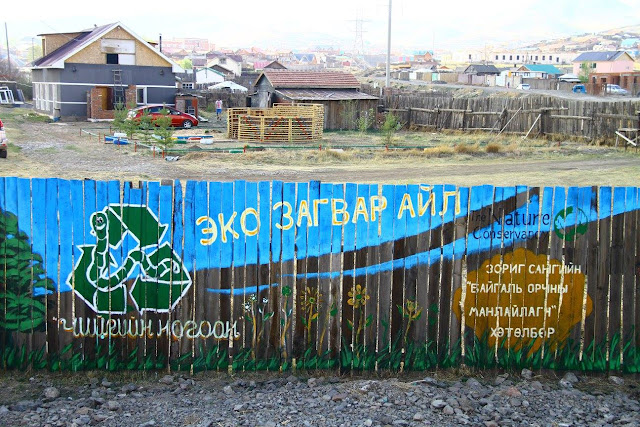 A home in the ger district of UB has been renovated and turned into a model home with environmentally friendly features. The work was carried out by the group Green Earthworm (love the name!) which was participating in the Zorig Foundation’s Environmental Leadership Program.

The work included creating a footpath made of recycled blocks, bricks and timber from construction waste – with lights laid either side that operate by solar power. Four pine trees and over 30 fruit tree saplings have been planted as well as flower beds. There are rubbish bins for organic waste, recyclable waste, and non-recyclable waste. There is also a composting toilet.

Green Earthworm prepared a short documentary film which shows how the ger district home was renovated. The group also prepared a handbook, explaining how other ger district households can become eco-friendly with economical solutions.

Mongolian art of the 17th century 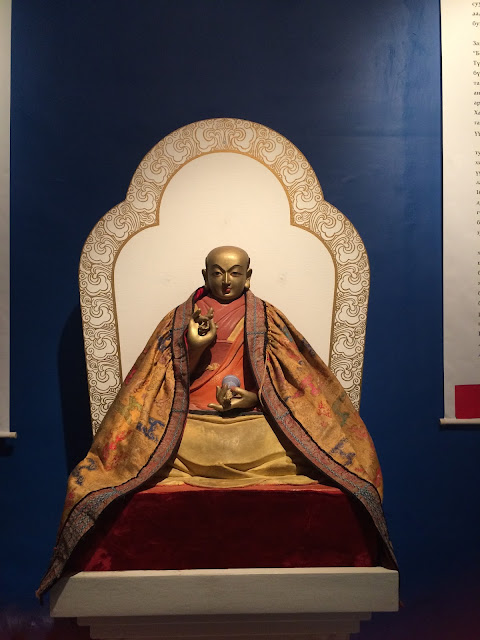 An exhibition dedicated to the 380th birthday of Zanabazar was held at the Zanabazar Museum of Fine Arts. The exhibition presented over 200 artefacts that were found at the Saridag Monastery in Erdenet soum of Tuv Province.

The construction of the monastery began in 1654 at the request of Zanabazar. It was part destroyed during the Communist political purges and official excavation of the site only began in 2013  under the