Mongolia In Images By Our Guest, Katherine Walker

We Offer You The Real Mongolia

So. A new month. That can only mean my monthly round-up of the  news from Mongolia.

I choose items that (in my mind) provide an overview as to the issues affecting the country as well as articles that provide an insight into the Mongolian culture.
Here’s a brief summary as to what went on in April.

An eco-city on the Mongolian steppe

Welcome to Maidar City – this is the image for the model eco-city being planned for the Mongolian steppe.  At the moment, only the lower half of a Buddha statue is all that stands. But once completed, the statue  will be 54 meters in height and  symbolize the new eco-city’s religious and political center. The first stage of construction is set to be ready by 2030.
The city is also expected to become the seat of the Mongolian government one day as well as having its own university and museums along with areas dedicated for tourism and film industries. Stefan Schmitz, the German urban planner architect behind the plan, believes the Mongolian parliament will approve the construction this month.
The city is to draw most of its energy from renewable sources – especially wind and solar power. Public transport and electric cars will be  a priority. To the south of the city, land is already reserved for sustainable agriculture. Schmitz mentioned that the city’s districts are planned in such a way that they will exist independently of each other, with their own centres.
Image and article from DW

When you think of Mongolia, you don’t necessarily think of the sport of darts.  However, a Mongolian team of 12 darts players returned to UB on April 17th after winning six medals (four gold and two bronze) at the 11th Asian Darts Association (ADA) International Tour 2015 in Hong Kong.

‘This time, all of the 12 players either claimed medals or ranked in the top five of their respective divisions,’

Darts in Mongolia has actually been around for 22 years – with the last five years seeing  a bigger success story. Three official darts associations are operating in Mongolia, with over 500 members in total. As well as  official members, there are 5,000 amateur darts players in the country, according to the MSDA.

The following quote is by Baatar Tsend, a Mongolian darts player from a separate 2013 article on darts in Mongolia in the UK Guardian newspaper.

‘Since ancient times our people have been practising archery and ankle bone shooting,” she said. “They’ve got great aim, so maybe this is in our genes or something: our special Mongolian genes.’

Asia’s Got Talent (AGT) is the regional version of the Got Talent franchise that is airing on AXN Asia.  It started airing on March 12, 2015 across 20 countries in Asia.

Mongolian folk band Khusugtun have made it to the finals (public vote rather than the golden buzzer for those that need to know these things).

Their music from the audition will transport you…..

A diplomatic reception was held in early April at the Lotte Hotel in Seoul, marking the silver jubilee of ties between Mongolia and Korea. Mongolian Ambassador Baasanjav Ganbold told The Korea Herald:

‘Our embassy wanted to showcase the beauty of our nomadic heritage in a contemporary tapestry. By weaving fashion, music and dance together, the show presented powerful snapshots of our past, present and future.’

The design work was  the work of Mongolian designers Damdin Onobolar and Javhlangiin Tselmeg. The article published in The Korea Herald quoted the Mongolian Ambassador as also saying that:

‘Korea is a gateway to the league of developed nations for Mongolia, Ganbold said. Bilateral trade volume has increased 140-fold since tying the diplomatic knot, making Korea Mongolia’s fourth-largest trading and investment partner. A total of 1 percent of the Mongolian population ― 25,000 people ― currently live in Korea and over 4,000 Mongolian students study here.  Modern Mongolian and Korean cultures are highly complementary, due to our intertwined history and heritage. With over 100,000 people exchanging visits every year, the growing social interaction is a firm pillar of our partnership.’

Article and image from The Korea Herald

Up until the end of April, the Union of Mongolian Artists presented an exhibition titled ‘Khalkh Gol’ which was dedicated to the 75th anniversary of the victory of the Khalkh Gol battle in World War II. The exhibition includeed over 80 paintings and sketches by 60 different artists from Mongolia and Russia including the ones posted above and below.
The Battle of Khalkh Gol took place from May 11 to September 16, 1939, at the Khalkh River in Mongolia. The battle was one of the most decisive battles in the region during World War II and it resulted in the defeat of the Japanese Sixth Army by Soviet and Mongolian soldiers.
According to the article in the UB Post:

‘The purpose of the exhibition was to demonstrate the history and the tragedy of events surrounding the battle, so the youth can remember the great heroes of that time.’ Many of the paintings in the exhibition were created in a realistic fine art style, which gives viewers strong impressions of the scenes from many years ago. There are many paintings that were created in the socialist realism method. Those paintings represent an extraordinary experience of the history of fine arts.’ 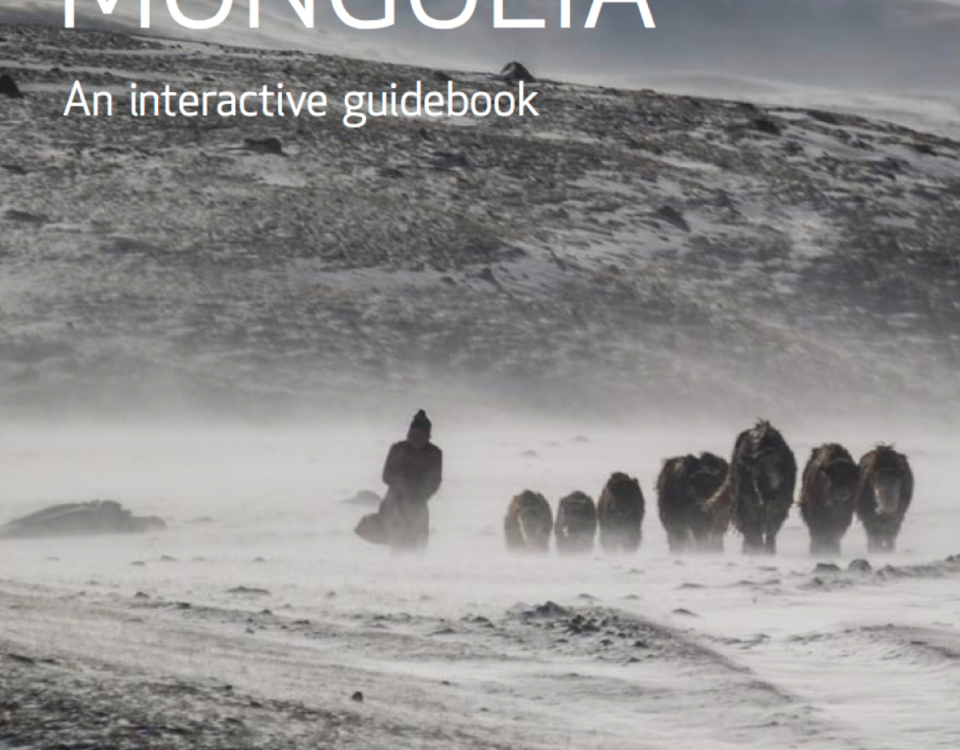 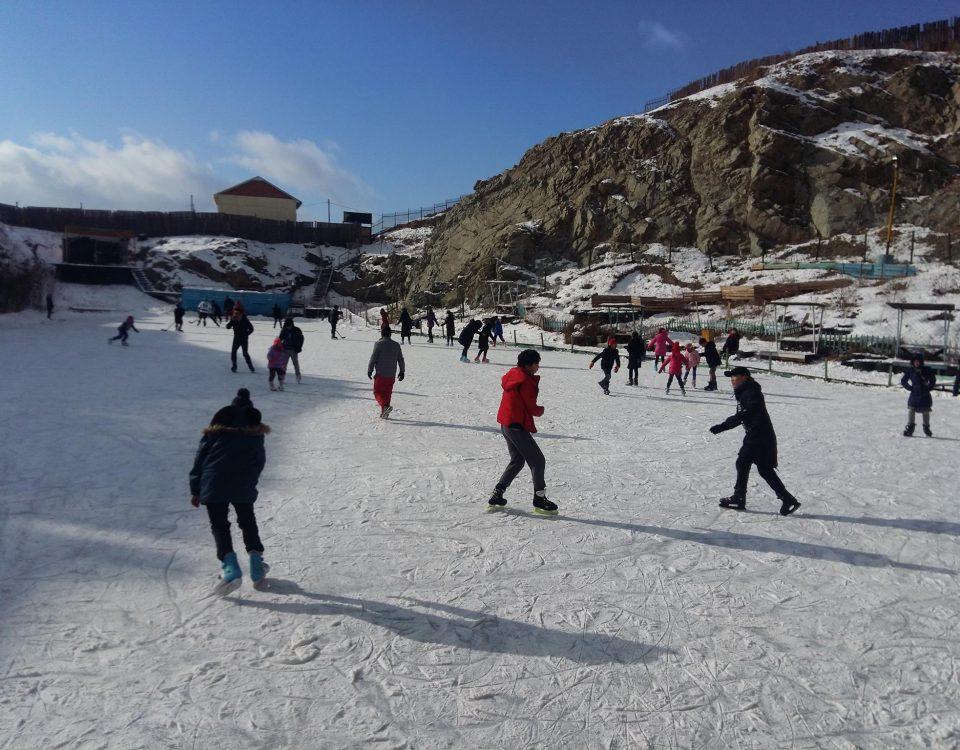 Winter community events at the Nogoon Nuur Community Project in the ger districts of Ulaanbaatar. Once a quarry. Then a waste dump. Now a thriving space for families and children of the ger districts. The vision of Mongolian philanthropist Ulzii.

A Christmas Message From Ulaanbaatar, Mongolia 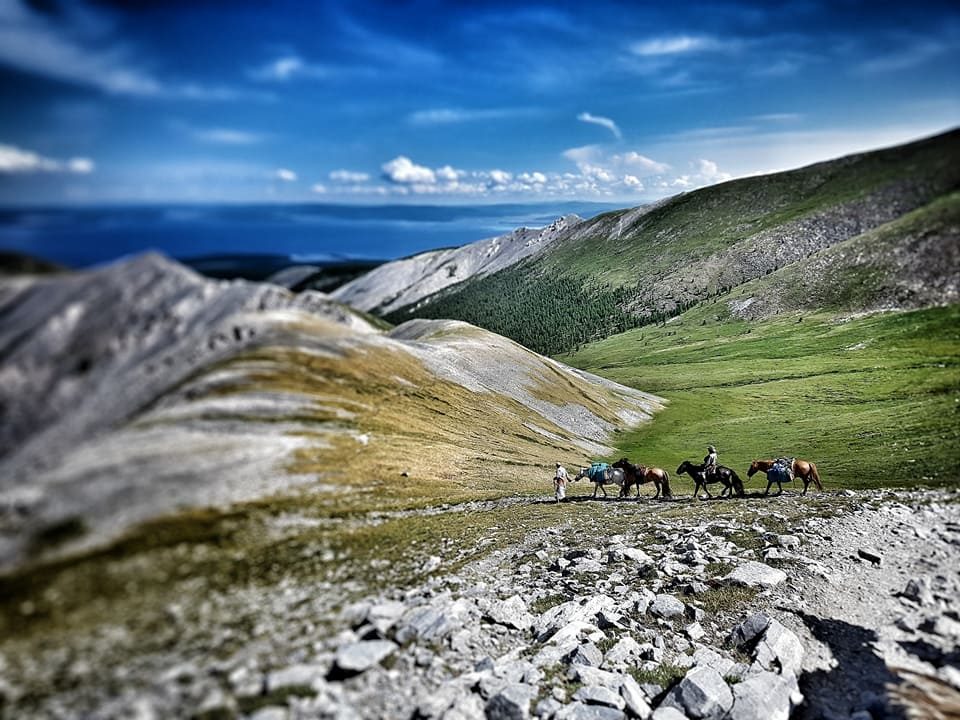