Family holidays To Mongolia – when are the best times to travel? 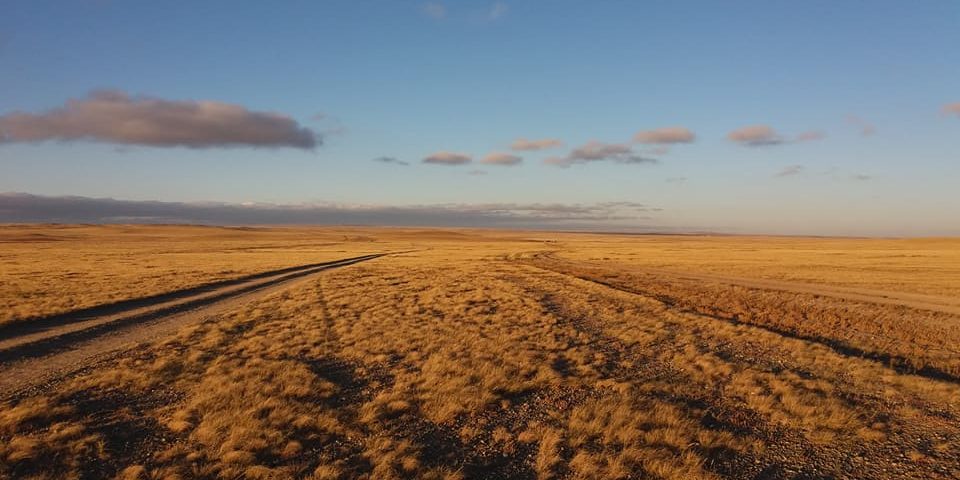 Why discover Mongolia’s Middle Gobi? Well. There are many places in Mongolia to visit  but the landscapes of the middle Gobi remain my favourite. It’s not particularly famous for anything and that’s partly why I love it – it’s bypassed by a majority of international visitors – all keen to head to the more famous sites of the southern Gobi but, spend time here and you’ll find a healthy fix of silence — time to think clearly.

These are just a few reasons why I love the region: 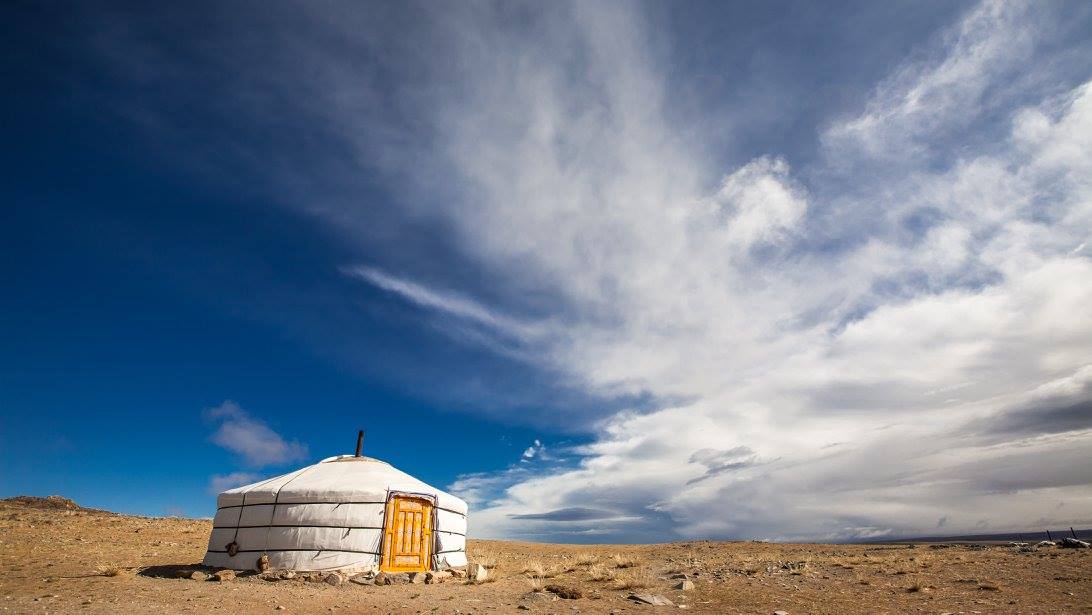 A sacred mountain that rises almost vertically out of the middle Gobi steppe. True, it’s in the Bayan-Unjul district of Tuv Aimag so actually in the middle Gobi but let’s overlook that for now. It forms forms part of the Mongolian granite belt with its peak rising to 1668m above sea level. The small natural springs are vital for the herders and the wildlife in this region.

A sacred mountain that rises almost vertically out of the middle Gobi steppe. True, it’s in the Bayan-Unjul district of Tuv Aimag so actually in the middle Gobi but let’s overlook that for now. It forms forms part of the Mongolian granite belt with its peak rising to 1668m above sea level. The small natural springs are vital for the herders and the wildlife in this region.

This area is characterised by extensive granite rock formations and surrounded by steppe and semi-desert habitat with local level protection. 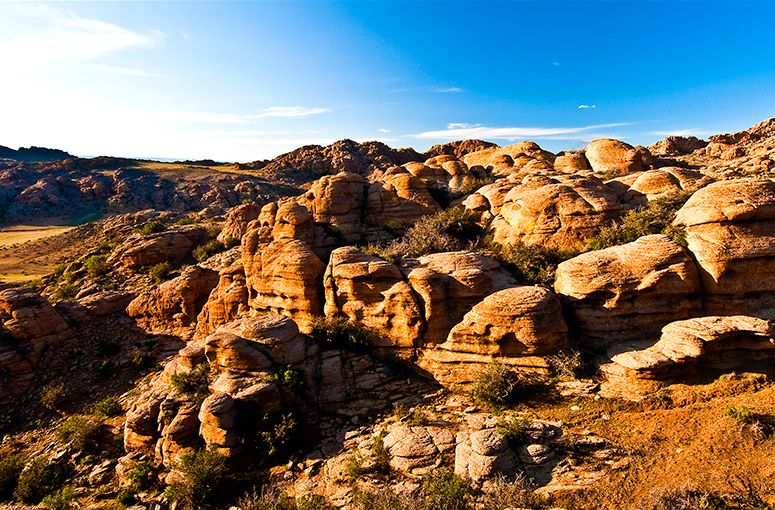 At Baga Gazriin Chuluu we work with  the local protected area ranger Batsaikhan and he loves to arrange an informal one-day tour exploring petroglyphs, burial mounds and old monasteries – specifically Delgeriin Choiriin Khiid. Once one of Mongolia’s most important religious centres.  It was destroyed during the religious and political purges of the 1930’s. In the past few years, reconstruction work is taking place in order to rebuild the monastery in traditional style using local materials. 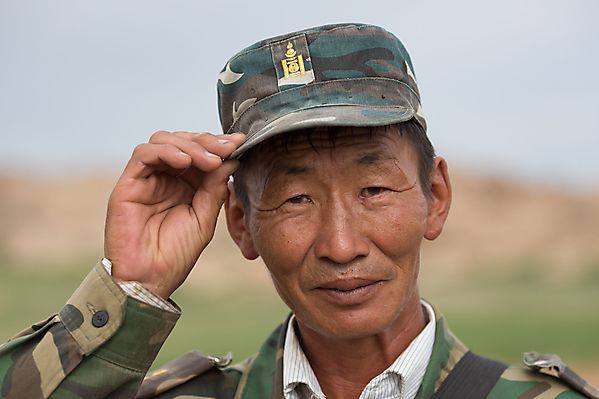 Sister site to Baga Gazriin Chuluu,  the area is one of Mongolia’s 70 Important Bird Area’s. The site provides a good stopover habitat for many nesting and migrating raptors including the Saker Falcon and the Lesser Kestrel. It’s also a great place to watch the sunset from.

It translates into ‘White Stupa’ and White Stupa which has Buddhist connections. This is an open expanse consisting of sun-scorched rock, scrub, 30m high limestone formations and emptiness. It is an eroded landscape rich in marine fossils as well. 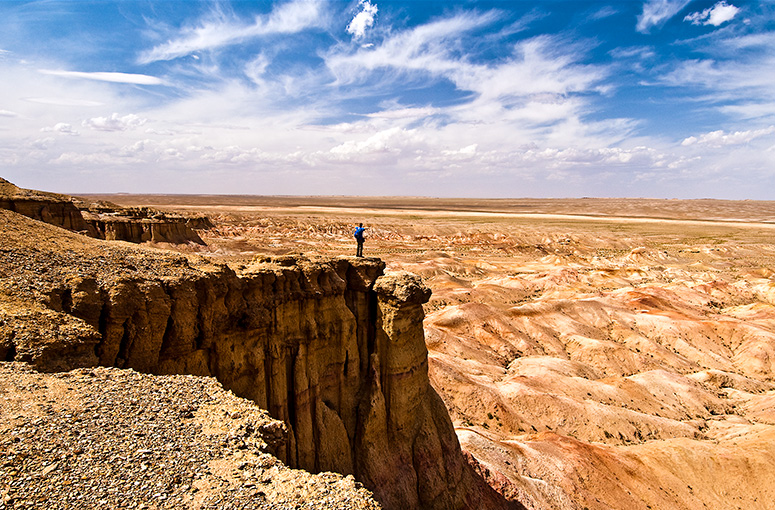 Groups come here but pass through quickly so let them take their selfies and shout out at the space and then once they’ve gone listen to the Kestrels and Martins circling on the currents and be at one with the immensity of this incredible landscape. Actually, even better, visit in the winter such as during Mongolian Lunar New Year and you’ll get this landscape to yourself.

Mandalgobi is the capital of the region. Is Mandalgobi  considered a highlight of Mongolia by the guidebook writers? No! But, it is a vibrant town and staying here will give you an understanding as to the way of life of Mongolia’s small town inhabitants. Such as staying at Gobi Oasis – a family run conservation project that has been dedicatedly planting trees for over the past 35 years. 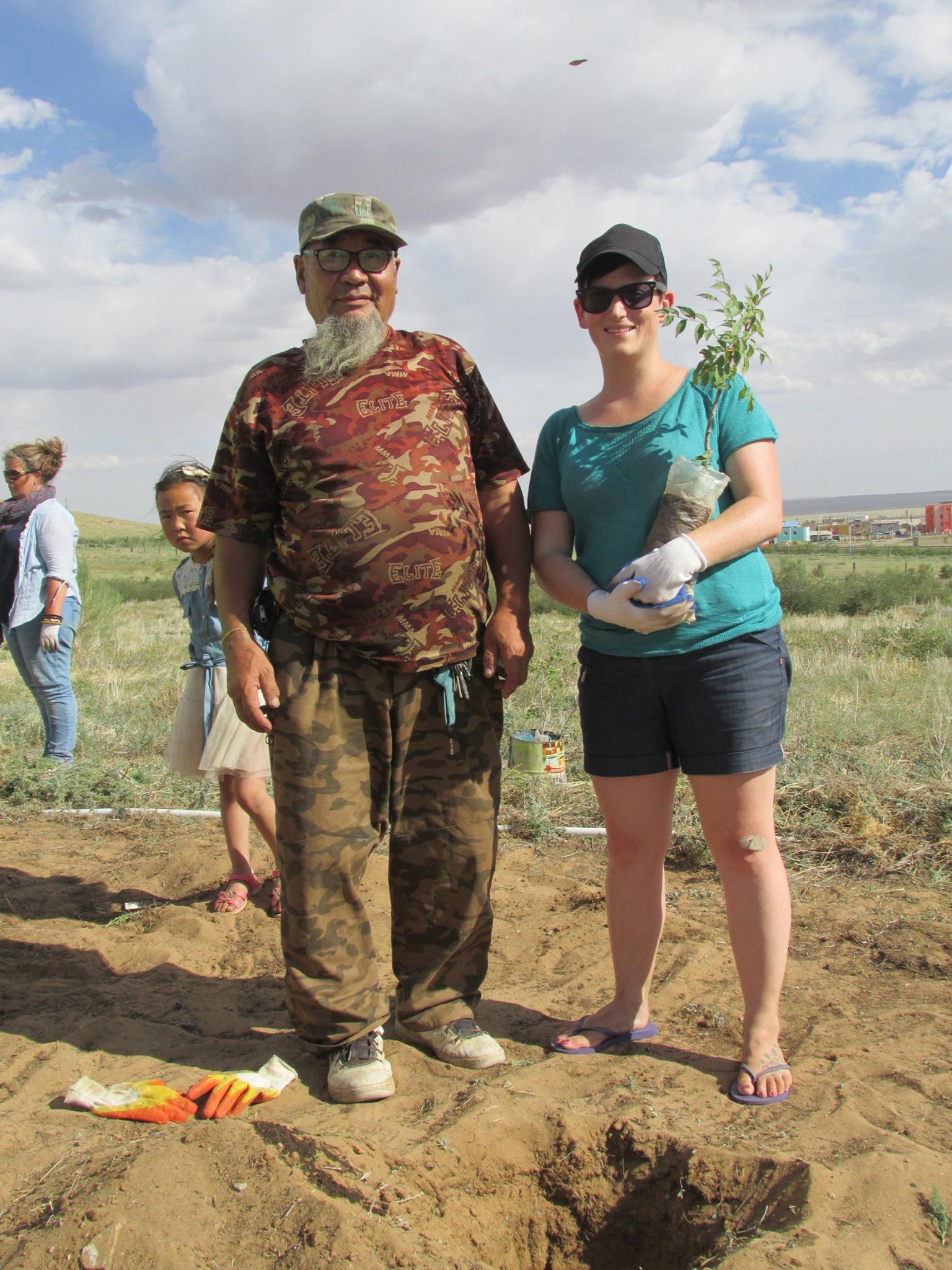 They’re not nomads and would be the sort of family most westerners would dismiss because of that, but by staying in Mandalgobi you get to see that Mongolia is so much more than just nomads.

Erdenedalai is Mongolian for ‘Jewel Ocean’ and although far from the ocean this small town located in the middle of the Gobi steppe provides a genuine insight into everyday life in Mongolia. It is also the hometown of a majority of the EL team and a very tight knit and traditional community.

Meet Arildiipurev of Erdenedalai (they are Turuu’s parents). This great image was taken outside their ger in Mongolia’s middle Gobi.

Very few westerners visit this region as it’s not considered a highlight. However, Even though annual precipitation in this area is low, with no permanent lakes and very few springs, roughly 5880 herder households make their home in this transition zone between steppe and desert. It is a beautiful region little visited by others.

Just a few reasons why I love the middle Gobi of Mongolia.

If you’re interested in getting a more local insight into Mongolia, then have a look at our Mongolia tours for ideas on how you can visit the spectacular landscapes of Mongolia’s middle Gobi. 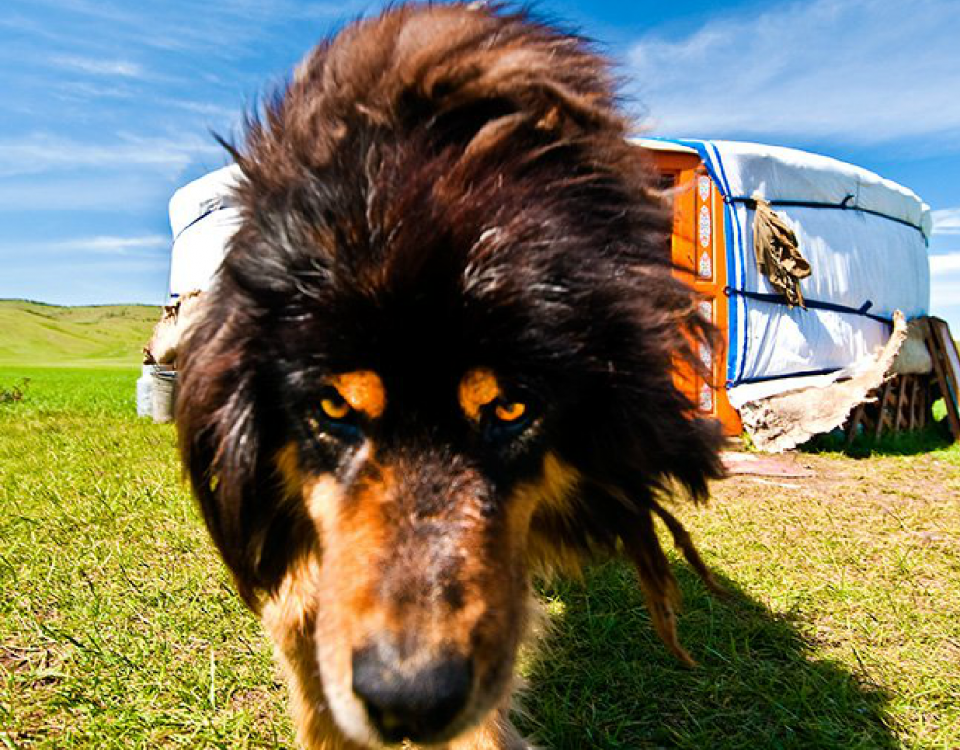 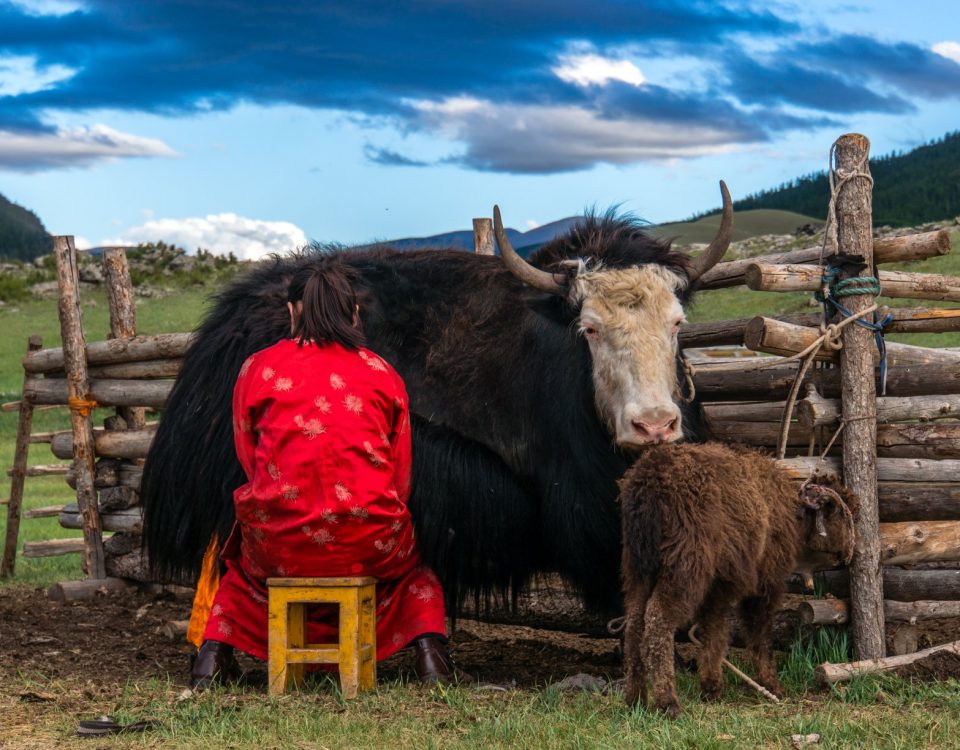